Ray Dalio, the writer of the book is one of the few people who climb to the top of wall street but was born in a middle-class family.  He is the founder of the world’s biggest hedge fund firm, Bridgewater Associates, which manages $160 billion.

Dalio grew up in a middle-class Long Island neighborhood and started playing the markets at age 12, getting tips from golfers for whom he caddied. In 1975, after earning an MBA from Harvard Business School, he launched Bridgewater from his two-bedroom New York City apartment.

The secrets lead him to now is most people interested in,  and he mentioned that in the “third stage” (I’ll introduce it later) of his life, he wants to share these experience with others which he called “Principle”.

As far as I’m concerned, the core idea of the book is that: Treat human as a machine, with input,  self-awareness update,  feedback.  The underline core structure and system should be simply put into a few basic principles.

Why not treat ourselves as a machine

Sometimes you may think someone is really knowledgeable, sometimes you may feel another is so experienced, why they better than me in some ways, why old people are thought of wisdom?  Simply answer: They own more trained data. If you think a man as a machine with sensors receive data everywhere every time, then throughout a time, the data shape the model. Also, same as machine learning, to make sure it is a good model, we’d better make sure that the core algorithms are correct. The algorithms, that’s the principles, which will lead to every decision you’ll make.

Now we got the input, algorithms, output. To make this machine could evolve itself throughout time and more stable, we’d even add a feedback mechanism. That means with new input (life experience) we adjust not only the output but also the core algorithms.

Our life evolves in a circle, so does our cognition. (figure from Ray’s talk in google) 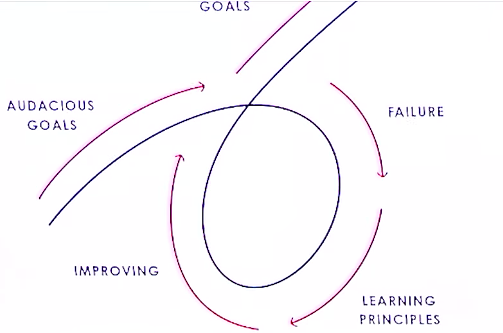 Ray once talked about how he transformed from a relatively personal person to a guy willing to talk publically.  “There are three stages in life:”

And he thinks he’s in stage three.  Joseph Campbell (Ray recommended) has a description of the so-called “the hero’s journey”  which explained the path one be a hero, and this logic and plot can be seen in most of the heroism movies, like Star Wars, The Matrix, Harry Potter and so on…. (figures from here) 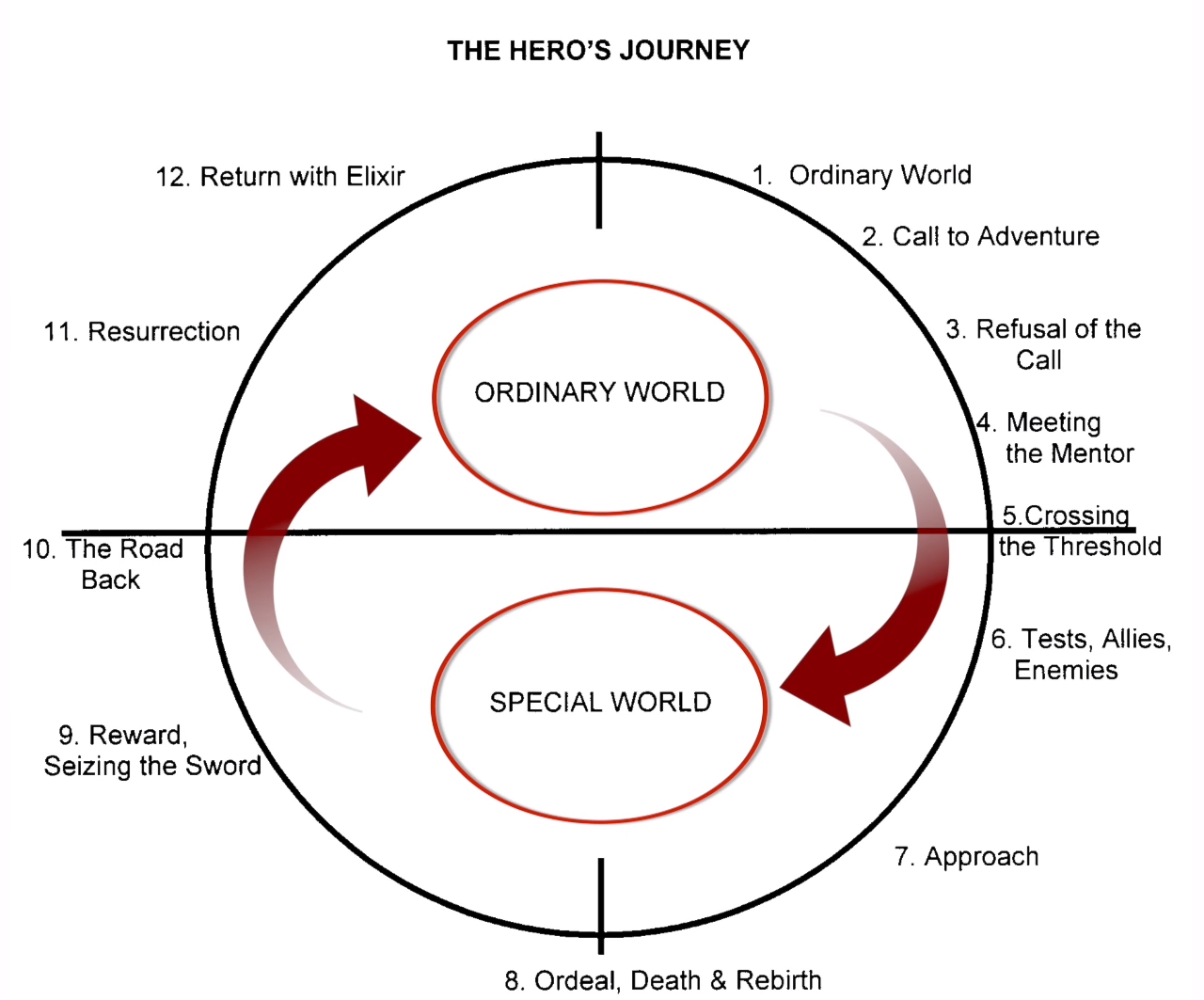 Ray says he thinks the most efficient way of communicating and decision is being radical transparency, let’s see his talk from TED, which is also a data-driven method.

When breathe becomes air Sync: how order emerges from chaos

The surrender experiment: my journey into life’s perfection.

21 lessons for the 21st century

Sync: how order emerges from chaos